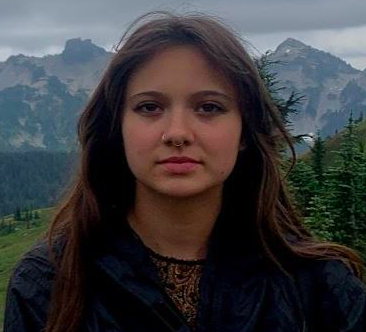 Rocks begin to metamorphose when they are exposed to great temperatures and pressures deep below the Earth's surface and the minerals they contain hold information about these conditions. Skagit gneiss is a metamorphic rock from the North Cascades in Washington that contains garnets that host mineral inclusions. Early work has indicated pressure and temperature conditions of formation from equilibrium thermodynamics that are seemingly low compared to those of rocks with similar highly faceted inclusions and needled-shaped grains of rutile, which have been documented almost exclusively in ultra-high pressure and temperature rocks. Is this discrepancy the result of an underestimation of pressure temperature conditions or can other mechanisms produce these textures? We mapped elements (Fe, Mg, Mn, Ca) in the garnet and its inclusions by microprobe. The garnets are largely homogeneous other than a Mn-rich rim. Two types of faceted plagioclase inclusions were identified: ones surrounded by Mn-rich garnet where fluid interactions and chemical reactions between the inclusions and matrix were occurring and ones where the inclusions are seemingly fully encased in garnet but are surrounded by Ca zoning. Plagioclase and garnet cannot react without other minerals present, indicating that garnets may not chemically isolate inclusions from interactions with matrix minerals. These element maps add new insight into chemical relationships between garnets, their inclusions, and the matrix. However, more work needs to be done to fully understand this process.